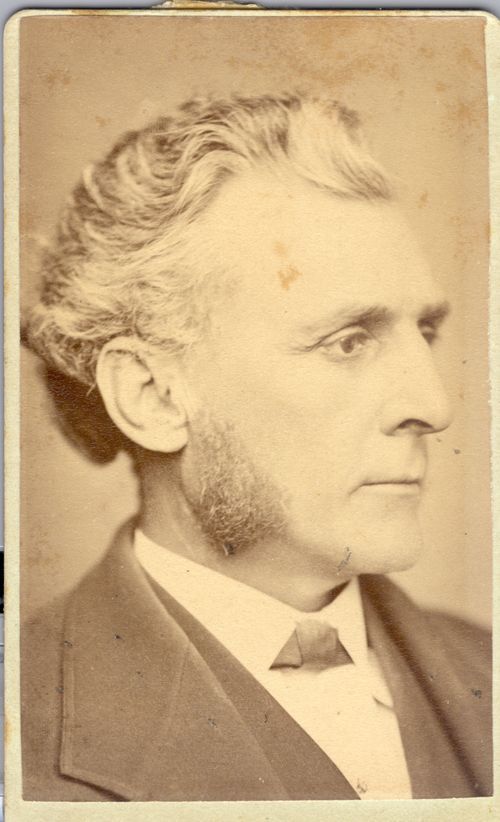 John Thomson Hodgen (1826-1882) was born in Hodgenville, Kentucky. He attended Bethany College in West Virginia and studied at the medical department of the University of Missouri (later Missouri Medical College). After graduating from medical school in 1848, he served as Assistant Resident Physician of St. Louis City Hospital for a year. Dr. Hodgen then practiced with Dr. Joseph N. McDowell in St. Louis. He joined the faculty of Missouri Medical College, serving as Demonstrator of Anatomy (1849-1853), Chair of Anatomy (1854-1862), and Chair of Physiology (1858-1862).

During the Civil War, Dr. Hodgen was appointed to the rank of Surgeon General of the State of Missouri in 1862. When Dr. McDowell sided with the Confederacy, Dr. Hodgen transferred his allegiance to the St. Louis Medical College where he served as the Chair of Physiology (1862-1868) and Dean of the College (1865-1882). In addition to his administrative duties at the St. Louis Medical College, Dr. Hodgen also taught clinical surgery at City Hospital from 1864-1882 and was a surgeon at St. Luke's Hospital.

Dr. Hodgen's literary work consisted largely in contributions to medical journals. He edited the chapters on injuries to the chest and injuries of the abdomen in the American edition of A System of Surgery edited by Timothy Holmes. Some of his papers were on the surgery of shock, nerve sections for neuralgia, fractures, and thigh and skin grafting. Among the many surgical appliances devised by him are a wire suspension splint, a cradle splint, a snare for the for the removal of urethral calculi, a surgeon's reel and artery forceps, and a simple siphon and stomach pump.